So many people make use of cryptocurrency so the cryptocurrency world is a big one. More and more people still join the trend every day so the number keeps increasing. Since the inception of blockchain in 2009, the crypto community has grown with more information. Newbies have a lot to learn to catch up with the everyday happenings.

One of the things to learn is the language, there are some special terms used in the cryptocurrency world that new users should be familiar with. Think of them as normal English slangs you make use of. A very popular slang in the crypto world is HODL. This term is used almost every day and if you don’t know what it means, you can easily get lost in a discussion.

This article aims to explain what HODL means. What is HODL and what does it refer to? Read on to find out.

What does HODL mean in Crypto?

The word “Hodl” means to hold, it is simply a wrong spelling of it that has been accepted by cryptocurrency users.

You may be wondering how come? Why is it so? Well, there was nothing like Hodl in the crypto world until December 2013 when it was formulated. A user on the Bitcointalk forum identified as “GameKyuubi” opened a new thread; this thread was titled “I AM HODLING”. The thread was about Bitcoin trading and the user just wanted to state his opinion on the activity.

The user (GameKyuubi) admitted that “hodling” is a misspelling, he even stated that he took some whiskey before making the thread. However, those who bought his opinion took it to reference it uniquely. It has also be given a meaning – Hold on for dear life.

What exactly was GameKyuubi talking about when he said: “I am hodling”? As stated earlier, he was sharing his opinion about trading bitcoin. At that time (December 2018), the bitcoin was crashing; its value was going now. It is usual for trading activities to scale up in such a situation. Those who were scared of losing their money want to sell if their bitcoins while those who are “smart” continue to day trade.

However, GameKyubbi wasn’t buying any of that; he wasn’t part of any group. He wasn’t going to sell his bitcoins and neither was he going to buy; he was going to “hodl” instead. His reason was that he is a bad trader with low day-trading experience.

Therefore, to “hodl” means to hold on and stay away from trading so as not to lose your money. There are so many cryptocurrencies hodlers in the world today and it has become a bitcoin trading technique. Most of these hodlers do not hold because the bitcoin is crashing, they hodl so that it adds value. They can then sell and make huge gains.

Other slangs used in the cryptocurrency world

Now that you know what HODL means, you won’t look so puzzled when it is used by anyone. As stated earlier, Hodl is not the only slang in the cryptocurrency world. Others are commonly used as well and some of them are:

If you want to join the cryptocurrency community, you should learn how to speak the language. Understanding what HODL and other slangs mean is one way to catch up. 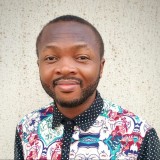