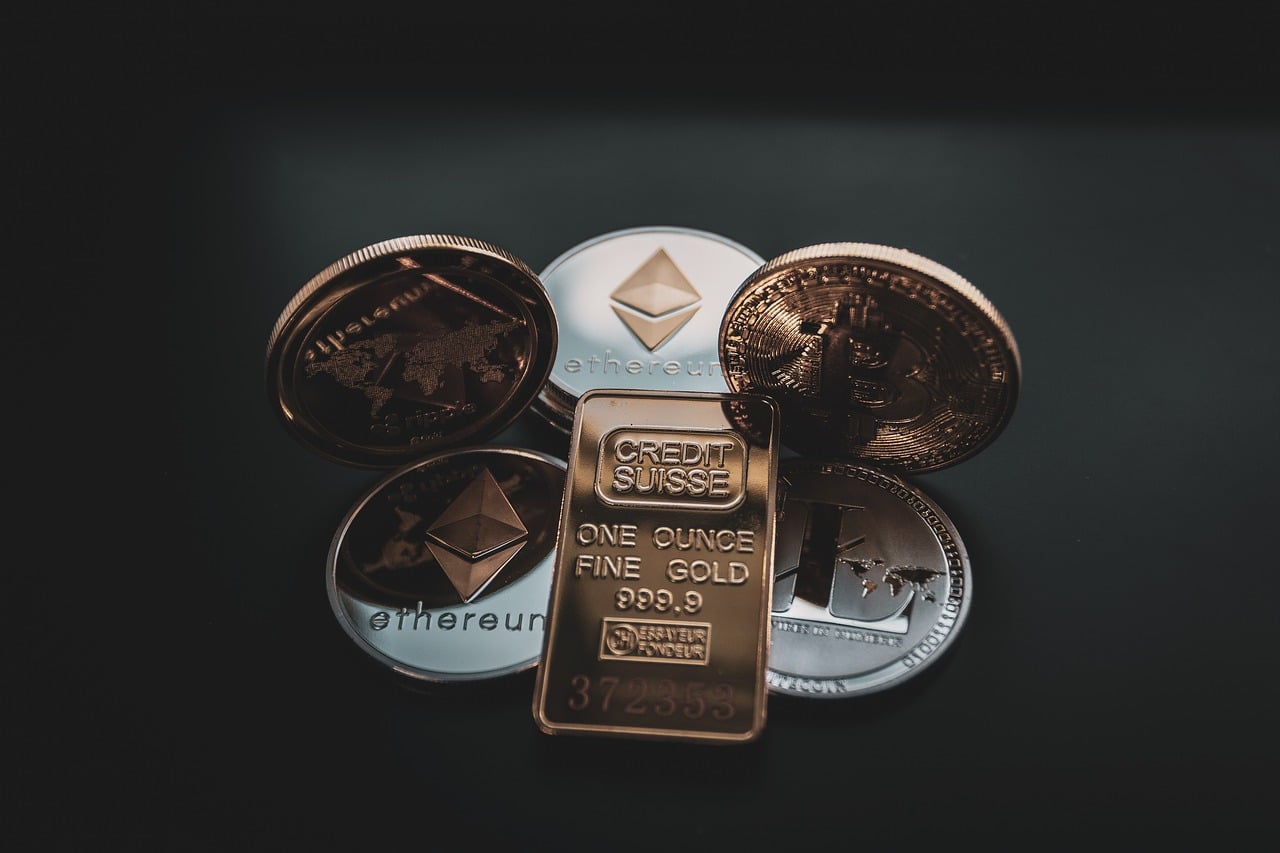 Bitcoin remains the ‘standard coin’ for all cryptocurrency lovers. It also has the largest market capitalization. Its meteoric rise from ‘the days of little beginning’ to its present status as ‘the most traded cryptocurrency’ has triggered off the search for other cryptocurrencies with a promise of a meteoric rise in financial value.

In this post, we will be taking a look at some of the cryptocurrencies with forecasts of astronomical growth.

The Ripple blockchain is focused on enabling interbank transactions across borders in real-time by eliminating the long five-business-day wait.

At less than $0.5, Ripple occupies the number three spot on the market owing to the success of its business model. It is a coin that is also considered an environmentally friendly crypto coin since it doesn’t require mining, hence, reducing the consumption of power on a larger scale.

Although stellar has a present financial value of less than $1, it is a promising coin with the potential to experience more than a thousandfold increase in its current monetary value for two reasons.

Firstly, transactions on Stellar’s blockchain are validated within five seconds. This is a swift transaction rate by the cryptocurrency standard. Presently, Stellar is used as an interbank payment settlement because it takes relatively less than five seconds to clear transactions. This is made possible by Stellar’s platform, which incorporates smart payment contract solutions (and other features similar to Ethereum’s smart contract platform) for interbank and financial institutions.

Another reason is that Stellar’s partnership with IBM and other banks in the pacific has resulted in the increased use of Stellar’s Lumens coin, a move that might move Stellar up on the cryptocurrency ladder. Also, Stellar is currently partnering with India’s ICICI bank to create a blockchain solution to increase transaction speed and also provide a means of banking the larger unbanked population in India.

Cardano is a cryptocurrency developed by a team of Academics and Engineers with the intent of combining the best features of top cryptocurrencies into a single coin.

Although the coin has a relatively low financial value, it is nevertheless rising slowly and steadily, making it a currency with a strong hope of an astronomical rise in the future as it finds more usefulness in real-world communities.

In addition, Vechain Thor is getting the attention it deserves with its strategic partnership with Global assurance services DNV GL, BMW, and other global market players to provide unique identifiers to track and monitor product performance.

Among the top Altcoins that we have, LIBRA is popularly known as the Facebook coin which was launched in October 2020. When launched, the coin has the potential of massive trading volume owing to Facebook’s popularity, which transcends all countries of the world.

The coin has a promising astronomical rise in value because Facebook will require the use of Libra as its official medium of payment for advertising and other associated services.

When it comes to cryptocurrencies, Ethereum always comes after Bitcoin. It is the second most popular cryptocurrency and it was introduced in 2015.

Ethereum itself is a decentralized platform, the cryptocurrency is known as Ether (ETH). This cryptocurrency uses a blockchain similar to Bitcoin but still very much different. Notably, block time on Ethereum takes about 15 seconds which is 40x faster than that of Bitcoin.

Tether coins are issued as tokens by the Tether Limited Company. It uses blockchain and functions as a cash-to-digital money converter. The first of them was released in 2014 but before then, there was the Realcoin which acted as a precursor. Tether’s value depends majorly on the value of the US Dollars.

This is another cryptocurrency that was created from a fork of Bitcoin. It is popular and one of the best alternatives to Bitcoin. One advantage of Litecoin over Bitcoin is that it is relatively easier to mine. It also has a network that can hold a larger number of coins; up to 84 million, unlike other Altcoins.

Launched in late 2016, the Zcash cryptocurrency has gained much popularity since its inception. Zcash is open-source and works on a decentralized network. It records transactions in a private method such that details of users are not accessible. It was formed as a cryptocurrency to provide privacy and security to users.

This cryptocurrency was made for large-scale applications. EOS runs on the EOS.IO blockchain protocol platform which was developed by block.one. Its blockchain can process millions of transactions in a second. When it was launched, about a billion tokens (ERC-20) were released. Sending and receiving EOS attracts no fees, it is one advantage of it over Bitcoin.

Another notable entry on our list of the best Bitcoin alternatives for beginners is Dash. The cryptocurrency known as Dash was launched in 2014 and was initially called the dark coin. It uses a secret decentralized network that allows users to stay completely anonymous. It is difficult for a DASH blockchain transaction to be traced. DASH was formed from a Bitcoin fork and is indirectly known as the secret bitcoin.

This cryptocurrency was formed by the Tron network in 2017. It was created to make the distribution of special content and multimedia applications apps easier for crypto users. With Tron, you can easily share content with others and pay developers directly. It eliminates the need for middlemen as it is a peer-to-peer system.

One of the best Bitcoin alternatives for beginners or newbies is Monero. Monero is a very private currency, so private that its transactions are untraceable. Details of the sender, receiver, and amount cannot be accessed by anyone. It was released in 2014 on a decentralized network and it uses ring signatures to keep data private. This gives each user charge of their digital money.

This cryptocurrency was released as an Ethereum token and it runs on a decentralized blockchain. Just like the Ethereum, the Chainlink network offers smart contracts and can access resources like APIs and bank payments. Since it is Ethereum-based, it can be stored using a normal ETH wallet.

Just like other Altcoins, the Tezos cryptocurrency uses smart contracts just like Ethereum and it was launched in 2018. It features an on-chain governance structure such that users can modify the network on their own.

NEO was initially known as Antshares and was created in 2014. It was created by a Da Hingfei, a Chinese native, and NEO is the largest cryptocurrency from china. It uses smart contracts like Ethereum and is informally called the “Chinese Ethereum”.

This cryptocurrency is unique in the way in which it is used. It uses an algorithm termed “The tangle” and involves validating transactions between the Internet of things and computer devices.

USDC is valued at 1 USD, it is one of the stable cryptocurrencies in the crypto market. It is an Ethereum token created to help people move the dollar easily using crypto-wallets.

A Final Word On the Best Bitcoin Alternatives For Beginners

There you go! The 22 best Bitcoin alternatives for beginners.

Aside from these altcoins listed above, there are still over 5,700 available cryptocurrencies. To be honest, none of these altcoins can be compared to the bitcoin in terms of value and trade volume but, they can turn out big in years to come.

Just as it was when bitcoin first surfaced, no one knew it would turn out this big in 10+ years. The same could be for these altcoins; you never can tell.

Bitcoin still maintains its top market position; however, there are several coins with low market value, but with promising futures worth investing in.